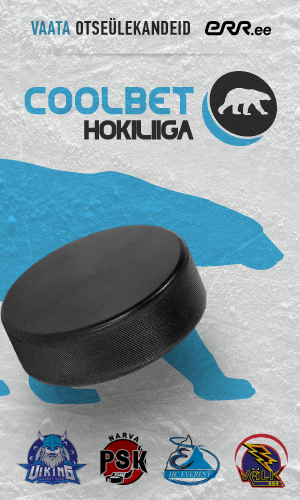 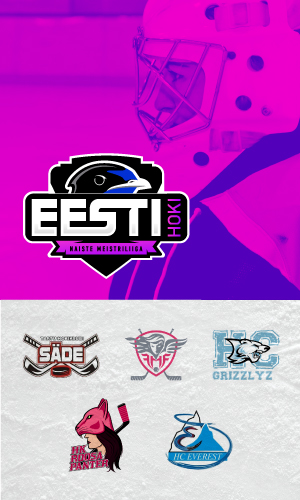 Mihkel Auksi: Canadian Player, Estonian Ice
Christmas is a time for dreams. Read Mihkel Auksi's inspiring story of connecting to his Estonian heritage through hockey.
Tere sõbrad! Minu nimi on Mihkel Mahkwa (Karu) Auksi! I am thrilled to share with the Estonian community that the 2019 IIHF World Hockey Championships Division 1B will take place in Tallinn from April 29 – May 5, 2019. I am excited to return to Estonia to support my former teammates and coaches as they continue to excite and amaze. Estonian hockey has been quietly on the rise in recent years thanks to a strong core of veterans, an emerging crop of young players, and excellent goaltending.

I am writing to encourage people to follow their dreams. In the early 2000s I defined my hockey career goals in a journal I still have today, and it reads, “I will play in the World Hockey Championships for Team Estonia. I will also play for Estonia in the Olympics, should they qualify.” It’s funny how a little bit of directed energy and visualization can literally manifest itself in real life. I will forever cherish representing Team Estonia at the 2015 IIHF World Hockey Championships Division 1B and in 2 qualification events for the 2018 Winter Olympic Games.
Hockey has been a huge part of my life for over 27 years and has connected me with both my Ojibway and Estonian ancestry. In the winters of 2002-2004, I played hockey for the Lac Seul First Nation Eagles in Sioux Lookout. Just over a decade later, I played my first IIHF game for Team Estonia.

So how does one go about playing for Team Estonia? First, make sure you have Estonian Citizenship. Second, contact the Estonian Ice Hockey Federation -- they are always interested in learning about promising hockey prospects. Third, visit the International Ice Hockey Federation website to confirm eligibility requirements. For me to play on Team Estonia, I had to play in the Estonian Hockey League and live in Estonia for 2 seasons. With a tremendous amount of support from my club team and my amazing relatives in Estonia, I was able to live, work, and play the game I love.
It really is an exciting time in Estonian hockey. At the 2018 IIHF World Hockey Championships Division 1B, Team Estonia shocked the hockey world by almost winning gold. Estonia played really well ending the tournament with a bronze medal after a tough 4-1 loss to a strong Lithuanian team featuring some NHL veterans. Watching from Canada, I could see the pride and joy in the faces of the team and was inspired by the respect the Lithuanian team showed for their Baltic rivals.
My motivation for staying involved in Estonian hockey is to see Estonia promoted to Division 1A. It may seem like a dream, but each year there is strong development among young Estonian players. This past year, 3 Estonian-born players were in discussion for the European draft. Being this close is a very big deal; each player who makes it to professional hockey represents a chance at greatness and inspires others.
To all Estonians playing elite hockey outside of Estonia: follow your dreams, work hard, and have fun playing the greatest sport in the world. I get emotional writing about it - it all comes back to me in an instant. I can close my eyes and remember the people, the land, the good days, and the days I just wanted to see my parents. Thankfully, through Skype I kept in close contact with my parents and friends back home. For every rough day I had in my 2 years in Eesti, there were a hundred magical days spent with good friends, teammates and the kids playing minor hockey in Tallinn.

The future looks very bright for Estonian hockey. Thank you for all your support.
Below: 2018 Estonian Men's Hockey Team at IIHF

Take a peak into #eestihoki's NEW